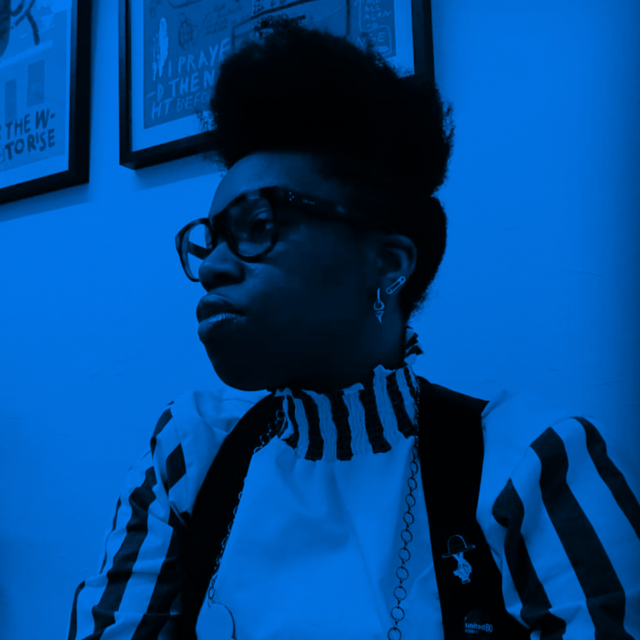 My name is Samantha-Jane Ofoegbu and I started writing, recording and performing music in Liverpool in 1994 and that was the first stage of my art journey. Established as Phoenix Black from 2001 with a love for hip-hop that helped me to grow in realisation of the power of words and the strength you can gain from them.

Over the years learning how spoken word has helped people envision their goals and attain their needs in life urged me to want to get youngsters involved in this way of expression. From October 2005 – July 2006 I was involved in running a session with 11-19 year olds who were interested in drama and poetry, helping them to channel their energy through these mediums so they could see what they were capable of. In Jan 2006 I became a resident DJ in Brixton. And from 2009 started trading in Brixton outdoor market as a self taught fashion designer with my label GeoD by Samantha-J and facilitating a poetry class called Poetic Intercourse to engage with people with like mind and educating themselves by releasing what is already inside you through words and enable to not only empower yourself but others around you.

From here, in 2010 I opened a store as one of the original founders and now sole current owner of the concept store United80. The concept is around art, music, fashion and black culture. The aim of the store is to sell quality goods and give creative artists a platform to showcase and sell their work but most importantly be able to have a career/income off the back of their art.